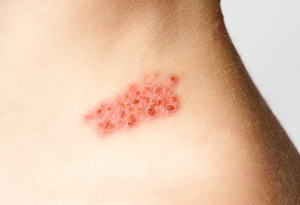 Each year more than a million Americans suffer with shingles, an extremely painful, itchy, blistering rash caused by herpes zoster, the same viral infection that afflicts the nerve roots and causes chickenpox. Beyond the initial healing, a high percentage of patients report nerve pain that can last weeks, months, or even years in some cases. It is estimated that about a third of the people in the United States alone will develop shingles at some point in their life.

“The risk of getting shingles again, once you already have it, is about one in three,” says Barbara Yawn, MD, director of research at Olmsted Medical Center in Rochester, Minn. “People who suffer pain for 60 or more days after their shingles attack are nearly five times more likely to suffer a recurrence”, Moore says. The research was presented at the annual meeting of the Infectious Diseases Society of America (IDSA).

Shingles occurs when the dormant chickenpox virus reactivates in the nerves. The infection can live dormant and reactivate again due to mounting age, stress, lowered immunity, infection, medical treatments or medications that suppress the immune system.
Although shingles can occur anywhere on your body, the rash most often appears as a single strip of blisters that wraps around either the left or the right side of your torso. Shingles often mimics other conditions, like poison ivy or scabies, with similar uncomfortable symptoms of itching and pain.

Signs and Symptoms of Shingles

Be aware of the signs and symptoms that indicate a shingles outbreak and if you’re unsure, call your health care practitioner right away. The earlier you begin treatment for shingles, the fewer the symptoms and the shorter the duration of this painful condition. While shingles may not be life threatening, it creates great discomfort and sickness.

Symptoms of shingles include:

If you experience a rash on your face, changes to your vision, confusion, or a rash that spreads, call your physician immediately.

1 in 3 people who have a shingles outbreak will have one or more recurrences with this painful virus. The following statistics show the likely rates of recurrence of an outbreak.

This is a powerful reason to have NeoGenesis Recovery on hand for immediate application if symptoms begin to reappear at any time.

NeoGenesis Combined with other Therapies

Vaccines can help reduce the risk of shingles and your doctor is the one to determine if it is right for you. Your doctor will have treatment suggestions as well.

NeoGenesis Recovery, which is abundant in S²RM®, used at the first sign of an outbreak can help shorten the time-frame and lessen the intensity of a shingles outbreak. It may aid in reducing pain and irritation, and lessen the chance of complications. NeoGenesis Intensive Moisturizer is also helpful once the shingles are past the blister stage.

Recovery may be used up to four times a day during the initial states of the outbreak. Because shingles symptoms commonly last for 7 to 10 days, continued use of Recovery twice a day in the area of the rash for a full 10 days will continue the healing process, even if the rash improves immediately. After the 10 days, if the areas of outbreak are clear, add in Intensive Moisturizer to help continue the healing and hydrate the area.

If you experience long-term nerve related pain, people have reported the continued use of Recovery twice a helps to calm the area. 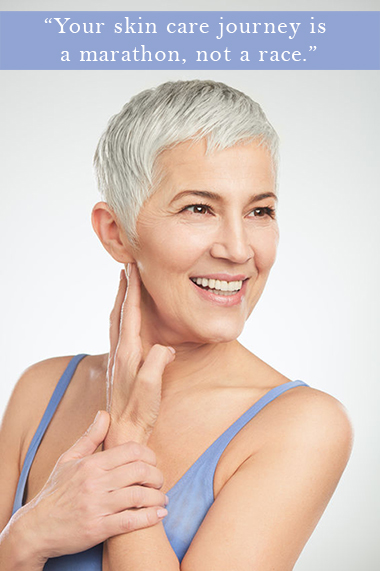 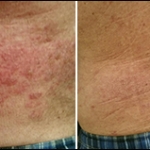 “In February 2016 I found myself in the most intense pain I have ever felt and had no idea what it was. The pain was such an intense burning and at about an 8 (on a scale of 10). My Doctor told me I had shingles. A friend of mine suggested I immediately use Recovery from NeoGenesis. Within 24 hours the burning was gone and my pain was down to a 3 and by 48 hours I had no discomfort at all. On day 4, I lost the bottle, but since the pain was gone, I figured I did not need to order any more that the worst was over. Oh was I wrong, I woke up on day 5 to that intense burning pain again, this time it was at about a 5. Upon applying Recovery again, the nerve pain was gone in about 8 hours this time again.I would recommend Recovery to anyone unfortunate enough to suffer from this miserable condition.  I will never be without a bottle of this fantastic product in my medicine cabinet again. Thank you NeoGenesis!” ~ MS

“I had a sensitive tingling of the skin about a week ago and knew that it was a sign of shingles. I have been able to stop full-blown shingles outbreaks in the past by cleaning the area of the skin with Medicated Pads continually for a couple of days. This time, I did that and then remembered that NeoGenesis Recovery is recommended for shingles. I applied the Recovery and went about the day and then realized that I did not feel the tingling and skin sensitivity anymore. I was shocked at how quickly it worked. No outbreak, no pain. Amazing!” ~ JF 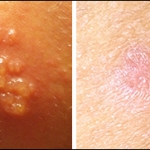 “I happen to have a chronic series of Shingles events. Recovery has helped reduce the intensity of an exacerbation and, equally important, the healing time from and event by at least 20%.” ~ MO