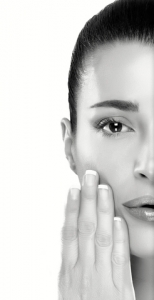 The process of wound healing is a dynamic series of events involving inflammation, proliferation, maturation, and remodeling. When the skin is wounded, a cascade of biological processes starts in order to restore the normal tissue anatomy and assure wound closure (Bielefeld et al, 2013). If the healing process is delayed or it fails, a state of pathologic inflammation is established, resulting in chronic wounds. Impaired healing is often associated with ischemia, diabetes mellitus, tumor, venous and pressure ulcers, severe infections, and it can be the cause of reduced quality of life, disability, and even death (Gurtner et al, 2008).

The increased incidence of cancer, eczema, and psoriasis, has pointed out the importance to develop new strategies for the effective management of these indications.

Let’s look at diabetes as an example of this process. In diabetes, there is a delayed influx of inflammatory cells into the wound site initially, but when inflammatory conditions become established, inflammatory cells prevent the deposition of matrix components and remodeling. Recent studies suggest that the ‘receptor for advanced glycation end-products’ (RAGE) is involved in this sustained inflammatory response. Indeed, there is enhanced expression of RAGE in slow-healing wounds in diabetic mice. This indicates that in diabetes the skin resides in a continual state of homeostatic disruption, unable to repair wounds. NeoGenesis Recovery, used in this case, restores homeostasis of the diabetic skin, and will do the same for other chronic and traumatized skin conditions.

Stem cells located in the skin maintain and restore homeostasis through many actions, including their contribution to the generation of well-vascularized granulation tissue, promoting reepithelialization, and attenuating scar formation by several mechanisms that include modulation of the inflammatory environment, enhancement of angiogenesis, promotion of the migration of keratinocytes, and recruitment of other host cells. Thus, the therapeutic application of stem cells has been shown to enhance wound healing and reduce scar formation, doing so through the release of many molecules (Liu et al, 2014).

NeoGenesis for All Skin Conditions

Our approach at NeoGenesis uses the complete set of molecules released from stem cells known to be involved in scar-less wound healing in the skin. NeoGenesis Recovery, our most powerful product, uses a combination of SRM molecules from several stem cell types, all naturally packaged into exosomes that are released from the stem cell types. Included in Recovery’s ingredients are a number of molecules native to the skin, and helpful in the skin’s maintenance and repair. These include urea, glycerin, hyaluronic acid, and collagen, whose actions are described below. 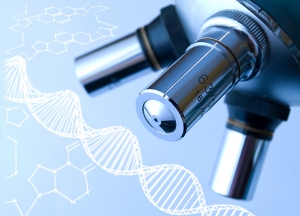 Urea – Urea is an endogenous metabolite, known to enhance stratum corneum hydration. Urea is not merely a passive metabolite, but a small-molecule regulator of epidermal structure and function. Recent studies show that urea is a small-molecule regulator of epidermal permeability barrier function and antimicrobial peptide expression after transporter uptake, followed by gene regulatory activity in normal epidermis, with therapeutic value to a number of skin diseases and traumatized skin (Grether-Beck et al, 2014).

Glycerin – Aquaporins, the so-called water channels of the skin, form tetramers in the cell membrane, with each monomer acting as a channel. Interestingly, one of the tetramers is a channel called aquaporin 3, which is expressed in skin cells. Aquaporin 3, called an aquaglyceroporin, transports small neutral molecules such as glycerol along with the water to the inside of the cell. Studies show that skin lacking either the aquaporin3 channel, or devoid of glycerol, exhibit dryness and flaking, and impaired healing (Qin et al, 2011).

Hyaluronic Acid – A major component of the extracellular matrix (ECM), hyaluronic acid contributes significantly to cell proliferation and migration. Hyaluronic acid (HA) is a polysaccharide that belongs to the glycosaminoglycan family and consists of a basic unit of two sugars, glucuronic acid and N-acetyl-glucosamine. Many studies have shown that the topical application of HA is beneficial to healing many types of wounds, including trauma, burns, and diabetic ulcers (Neuman et al, 2015).

Collagen – Collagen is the major protein of the extracellular matrix (ECM), comprising 25% of the total protein in the body and 70% to 80% of skin (dry weight). Wounds, especially chronic wounds exhibit an elevated level of matrix metalloproteinases (MMPs). Elevated levels of MMPs not only degrade nonviable collagen but also viable collagen. In addition, fibroblasts in a wound may not secrete sufficient levels of MMP inhibitors (TIMPs) to control the degrading activity of MMPs. This disruption of homeostasis may prevent the formation of the scaffold needed for cell migration and ultimately prevent the reformation of the extracellular matrix (ECM) and granulation tissue. Collagen based wound dressings are uniquely suited to address the issue of elevated levels of MMPs by acting as a ‘sacrificial substrate’ in the wound. Thus, the collagen in the dressing acts as a substrate for the over activity of the MMPs. Further, collagen breakdown products are chemotactic for a variety of cell types required for the formation of granulation tissue, and have the ability to absorb wound exudates and maintain a moist wound environment (Chattopadhyay and Raines , 2014).